â€‹For the past 5 to 6 decades, yoga has spread from India to become a veritable global trend that shows no signs of slowing down.

Along with the growth of this traditional practice, yoga has seen its exposure to new cultures spawn new takes on the millennia olds practice.

This is especially true for many of the types of yoga that do not keep the traditional style approach to a truly holistic practice that aims to strengthen not only the body but the mind and soul as well.

One of the more prominent types of yoga that has come from this evolution is Power Yoga  for weight loss.

That said, the benefits of power yoga require a completely different approach to yoga than most people would otherwise expect.

Power yoga poses for weight loss can have a few different meanings depending on the context of the discussion. 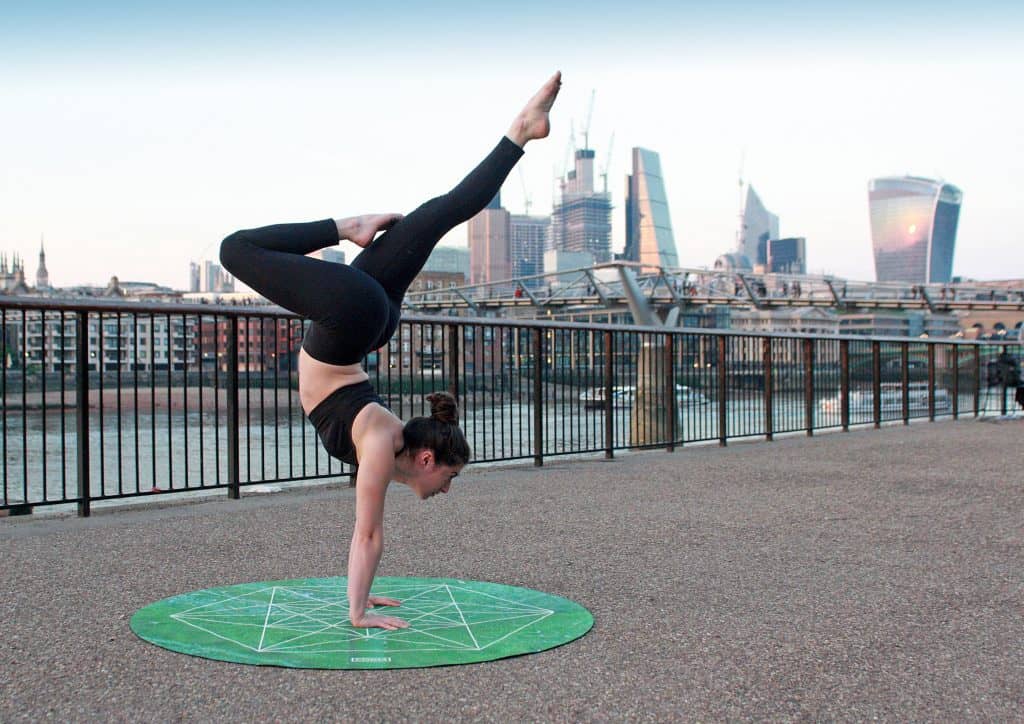 For instance, if you are considering the entire sequence, then you are going to have to put just as much thought into the transitional poses as you do into the actual fat burning, thermogenic poses.

On the other hand, if you are trying to develop your own Power Yoga routine, then you may very well simply be looking for the poses which provide the most weight loss benefits.

Keep in mind, the weight loss benefits of power yoga are heavily dependent on the poses which are chosen--which carries with it a subtle implication that Power Yoga is usually not the best type of yoga to begin learning and is instead better suited for those who at least are familiar with the fundamentals of yoga practices.

Still, the best power yoga poses for weight loss are those which activate the muscles in your core--especially the Psoas Major and Minor muscles.

This is because your core muscles will provide the most beneficial effect in regards to thermogenesis since they are the closest muscles to most of your organs.

While the pace, as well as the commonly hot setting of Power Yoga, are big parts of how it helps increase your heart rate and create a thermogenic effect, it is far from the only reason that Power Yoga is able to help you lose weight.

In fact, Power Yoga is one of the few types of yoga that are explicitly designed to use, almost to exclusivity, Asanas for weight loss.

An Asana is also another name for the yoga pose, and Power Yoga makes it a point to incorporate the ones that generate the most weight loss effects or that flow into the ones which do.

Even though Power Yoga may be a style designed for weight loss that uses difficult positions at an accelerated pace, that does not mean that this type of yoga does not also understand the benefits of a physical centering.

Before those of you seeking to avoid the meditative or otherwise mindful practices of yoga roll your eyes, do not worry, as this is literally intended to center your body without any effect beyond connecting it more closely with your body.

Though this too may seem a bit of a lighter pose than you would expect from Power Yoga, it is another centering position that also helps serve as a way to begin waking your body to prepare for the routine.

It is also worth noting that you will return to this position fairly frequently as it is an especially apt Yoga asana for transition into the more taxing poses.

If you feel like pushing yourself even further, you can actually extend this position into an Upward Facing Dog.

This begins one of the first positions that are designed to get your heart rate up, to work your core muscles, and to begin engaging the process of thermogenesis.

Like some of the easier positions that we recommend, the Plank pose will be frequently returned to as it serves as an incredibly convenient transition position that also has the advantage of working out different muscle groups than most of the other positions from which you would either transition to or from.

Despite its humble and ubiquitous nature, do not underestimate the power of the Plank pose as this one will provide arguably more weight loss benefit than most of the others.

This is a position that, if executed quickly enough, is another yoga pose that has already been adapted for aerobic workouts.

That said, the purpose of the Bird Dog pose is not simply to get your heart rate up through rapid motion--though it does increase the heart rate.

Instead, the Bird Dog pose is meant to challenge various core muscles while also providing some work for the shoulders and hips.

Still, this not actually one of the most fat burning power yoga poses and instead serves as a way to get your body used to more movement.

This is technically considered one of the more fat burning power yoga poses for beginners, but compared to a couple of others, this one is much easier.

Essentially, this pose will continue to open up your core while also providing some work for your shoulders, back, and chest.

In this regard, it will often occur regularly in a routine for both sectional work as well as transitioning to different sections.

This is a fairly similar position to the Downward Facing Dog except instead of holding yourself up with your hands, you simply must balance in place.

Despite the fact that the Forward Fold pose may look to be less taxing than a Downward Face Dog, it is actually much more difficult--and not only just because it requires a fair degree of balance and flexibility to fold completely forward.

On top of that, this pose requires significant core strength but can also be used at short intervals for beginners to help build their core strength.

Beyond those that we listed--which are generally suitable for beginners--there are a great number of other poses that are often found in Power Yoga routines which seek to push the limits.

That said, most of these poses are fairly difficult and will require you to be at least at an intermediate level to properly perform, and some of them even require an advanced degree of experience.

In this case, the number of positions that you could add to your list exceeds the humble word count of this article, but many of the more challenging Power yoga poses will require a fairly developed core already, so these levels of poses are not recommended for beginners for legitimate health concerns.

While some of these advanced poses may simply pull a muscle or over-extend a joint, others can lead to hospital-necessary injuries--especially around the feet and arms.

By far one of the best benefits about Power Yoga is how easy it is to do virtually anywhere--in fact, Power Yoga is even able to be done in the comfort and convenience of your own home.

That said, Power Yoga is definitely not like some of the more traditional types of yoga and will actually require you to make certain accommodations for their routines that you otherwise would not necessarily have to do for standard yoga routines.

On top of that, the actual sequences themselves are far more active in terms of movement and often follows an idiosyncratic routine.

Setting - While Power Yoga is quickly growing across professional yoga studios across the country, it still pales in comparison to some of the more traditional types of yoga.

That said, it is not quite such a seamless transition for Power Yoga to bring it to the home specifically because it requires far more room to do effectively.

Keep in mind, the actual poses do not require a significantly different amount of room, but due to the accelerated pace, it is best if you have plenty of room for general maneuverability.

On top of that, Power Yoga is quite often intentionally practiced in a hot setting, so that the ambient temperature can help facilitate the thermogenic effect of Power Yoga.

That being the case, it is probably a good idea to find a hotter part of your home--potentially a sunroom or something of the sort--in which to practice your P.Y routines.

Regardless, you should not let these considerations dissuade you from practicing Power Yoga in the comfort of your own home, simply be aware of them ahead of time to plan appropriately.

Regardless of the type of yoga you choose to practice, you can expect plenty of benefits to your mind and body.

That said, if you are looking for a form of yoga to provide some legitimate weight loss benefits as well, then there is a good chance that power yoga may be right for you.

On the other hand, maybe you are simply looking for a good workout and have been intrigued by yoga but are not interested in any of the mindful practices.

Power yoga for weight loss eschews all of the yogic practices outside of the physical power yoga poses sequence.

As such, you do not have to worry about anything except losing as much weight as you can with a low-impact, thermogenic workout.

Meet Zoe Bray Cotton, The Creator Of The Yoga Burn - A 28 Day Calorie Burning Program That Uses Dynamic Online Yoga Classes To Burn Fat And Get You Looking Good And Feeling Great. 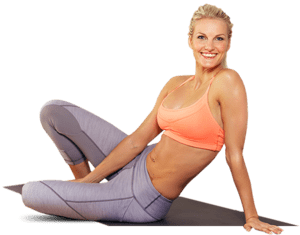 Who Is Zoe Bray Cotton?

Learn More About Her Dynamic Style Of Yoga That Is Helping Women All Over The World Get Into Shape.

Copyright text 2018 by Total Yoga Body.
TotalYogaBody.com is a participant in the Amazon Services LLC Associates Program, an affiliate advertising program designed to provide a means for sites to earn advertising fees by advertising and linking to Amazon.com.